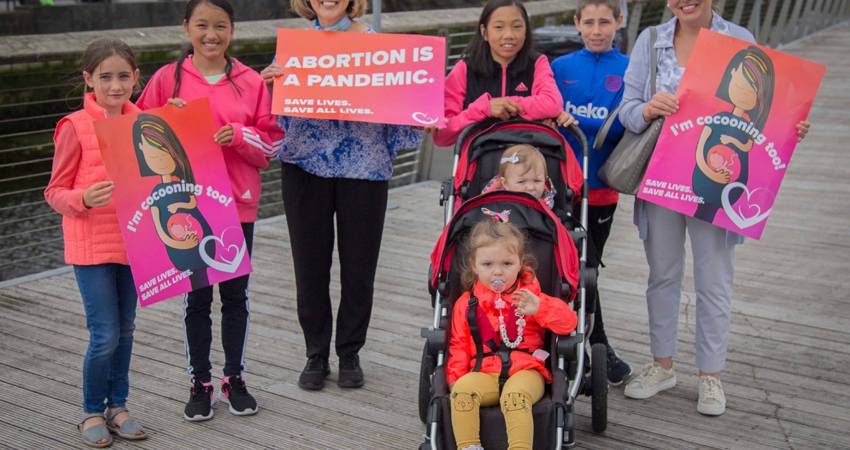 Ireland’s 6,666 Victims of Repeal are why pro-lifers aren't going away

At the end of June, the Irish government released its first official abortion report: 6,666 abortions in 2019, with another 375 women traveling to the United Kingdom for abortions. Prior to abortion being legalized in Ireland, the number of Irish women traveling to the UK for abortions had been declining year-on-year. Official statistics from the British Department of Health showed that 2,879 women from Ireland had undergone an abortion in that country in 2018.

Before the 2018 referendum repealing the Constitution’s Eighth Amendment protecting the unborn, the then-Taoiseach [Prime Minister] Leo Varadkar assured the Irish public that if legalized, abortion would be rare. He had claimed that only 60 GPs would be needed to deliver abortion pills, as approximately 6 Irish women a day sought abortions. With his estimates, this would have been around 2,190 women per annum, almost one-third of the numbers that have now been released.

A major selling point of repealing the Eighth Amendment had been that the majority of abortions would be via abortion pills, distributed by GPs, who would receive €450 per abortion. With new costs released, its been revelaed that €2.9 million was paid to GPs for such abortions in 2019.

It is worth noting that in 2019, the Irish Department of Health spent €3.1 million on the National Women and Infants Health Programme, which means that the Irish government spent nearly as much on killing pre-born children as supposedly protecting them. In 2019, former Minister for Health, Simon Harris depleted most of the money from the National Maternity Strategy to fund abortions, contributing to two mothers’ deaths on maternity wards. A patient advocate’s resigned due to this funding abuse. Ironically, the Strategy had been set up after the tragic death of Savita Halappanavar, who died of sepsis and not denial of abortion as the media had claimed.

Varadkar claimed that if abortions weren’t legalized in Ireland, a woman was going to die from abortion pills bought online. And yet during the COVID-19 pandemic, he gave Minister for Health Simon Harris permission to post them out to women who are under ten weeks pregnant with remote medical consultations instead of physical checkups. This is despite Harris’ previous claim that no telemed abortions would occur.

We will probably never know how many Irish women suffered abortion complications such as hemorrhaging or death during COVID-19. At least two women in the UK have died from abortion pills in the last few months, and many others have suffered complications, ectopic pregnancies and the possible murder of a child born alive after the mother ingested pills at a late stage in her pregnancy.

Those who reluctantly voted to remove protections for the unborn somehow failed to look across the Irish Sea and observe that in the UK, abortion numbers continue to rise as they have done since the 1967 Abortion Act. They have now surpassed 200,000 a year. One brave young Irish woman who campaigned for “yes” and said she told people that legalizing abortion would lower rates was shocked by the abortion numbers released, admitted that she was wrong and has since become pro-life. 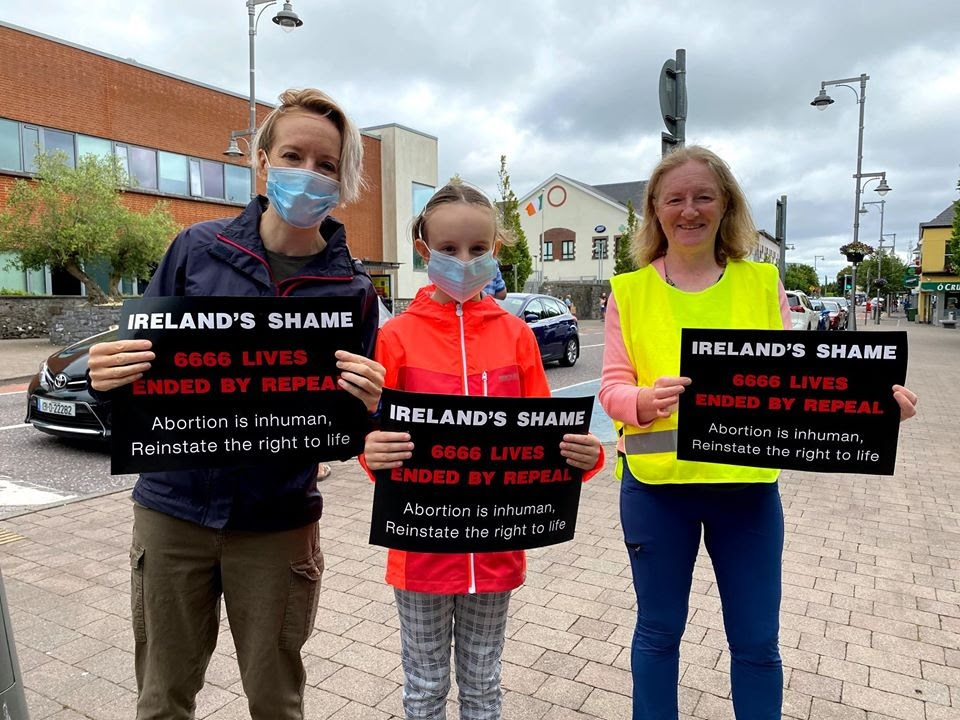 One by one, every pre-referendum promise made by the pro-repeal politicians is being broken.

Ireland’s maternity hospitals, now being used to perform surgical abortions, no longer have room for pro-life OB/GYNs. Despite assurances that pro-life doctors wouldn’t be forced to perform abortions, only a month after the legalization of abortion, in February 2019, the National Maternity Hospital in Dublin (where both my husband and I were born) advertised positions for consultants “willing to contribute to the provision of termination of pregnancy services.”

When obstetrician Dr. Trevor Hayes told the Rally for Life that his colleagues had decided that the hospital they worked for in Kilkenny was not a suitable location for surgical abortions, Simon Harris attempted to bully Hayes and his colleagues into providing abortions, which they have continued to refuse to perform.

Ireland’s public health services provider, the HSE is currently planning a retraining program for pro-life medical staff to ensure that they are with the new abortion program.

Despite being informed by “an Garda Síochána” (the Irish police force) that it is not necessary and even Leo Varadkar admitted it may be unconstitutional, the Irish government is currently trying to pass a law to ban pro-life vigils outside hospitals and GPs’ clinics.

Such is the contempt that the Irish government now has for pro-life groups that Simon Harris promised to stamp out crisis pregnancy centers that often offer the only lifeline and support available to many pregnant women and girls in desperation. These centers receive no government funding.

Even the attempt to collect data on abortion, standard in the UK and other nations, was shouted down by pro-abortion Irish politicians, claiming that such amendments to the law legalizing abortion were simply to shame Irish women. One TD [member of the Irish parliament], Joan Burton, bizarrely suggested that questions on ethnicity were reminiscent of South African apartheid. Another, Brid Smith claimed that the data-gathering amendments were “filled with malice.”

And now “Abortion Rights Campaign” (ARC) is pushing for later abortions due to the fact that 375 women still went to the UK last year for terminations, due to being over 12 weeks pregnant (before which point no reason for abortion needs to be given) but not having a “fatal foetal anomaly.” ARC’s ultimate goal is abortion for absolutely anyone who wants it for any reason, fully Irish taxpayer-funded.

It is worth observing that abortion is currently the only medical procedure that is completely free in Ireland, due to a two-tiered healthcare system, where two-thirds of the population pay for all their own medical expenses (including many low-income families who earn too much to qualify) and that of the other third, who receive a medical card and receive a wide range of services for free. 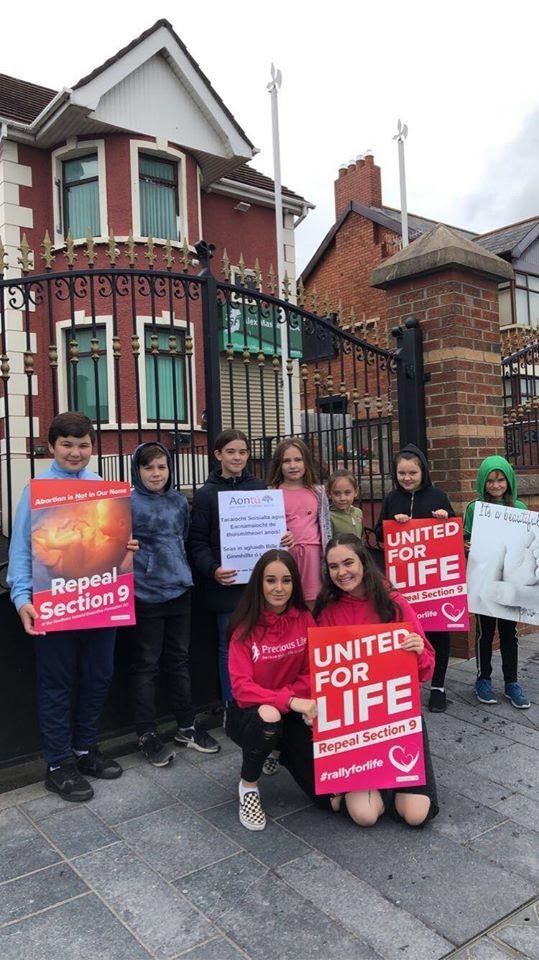 As a spokesperson of the Iona Institute commented, ignorance is bliss. Irish abortion advocates do not want questions to be asked. As far as they’re concerned, every abortion was needed, each was a victory, and coercion and ambivalence about abortions do not exist.

When I contacted “Together for Yes” campaigner Bernie Linnane about her thoughtless remarks that Ireland’s abortions had been “6,666 victories,” she complained that my letter had upset her secretary and that my accurate facts, statistics, and evidence were “ill-advised comments.” Now that they have accomplished their goal, Irish abortion advocates are no longer interested in discussing abortion.

In the Irish Times letters section two days before the abortion referendum in May 2018, one Dublin woman commented:

Despite the lack of logic and evidence in her letter, the IT published it. This was typical of the letters that were published on a daily basis before the referendum.

For many years, we Irish were told that women’s reproductive lives in Ireland had been shrouded in secrecy, thanks to the Catholic Church. And yet hidden pregnancies in Ireland appear to have now merely become hidden abortions, still silenced and censored. Concealed abortions that were previously performed in Britain have simply become concealed abortions in Ireland, where the government isn’t even interested in properly recording them and the nation’s abortion advocates don’t want to discuss them.

This is eerily reminiscent of a former era where pregnant Irish women were frequently hidden away in Magdalen laundry homes, their identities and stories erased. This is exactly what is happening in 2020, except it is the now Irish government, not the Catholic Church, that has stepped in to police and monitor what the public is being told about crisis pregnancies in Ireland.

Ireland is still “shrouded in shame,” only now it is women’s shame of coming forward and admitting that they didn’t want an abortion, that they felt abandoned by the Irish medical system, that they were left alone in their crisis, with no real choices. Many people in Ireland are now too afraid to criticize the new status quo, so they choose to remain shamefully silent rather than face the repercussions.

Shortly before the referendum in May 2018, Leo Varadkar stated that GPs would not be permitted to refuse to refer women for abortion services through their conscientious objection, as to do so was the equivalent of telling women “you’re on your own, love.” And yet this is exactly where Irish women are being left – on their own, to self-abort, with no proper alternatives to abortion, no real support to continue their pregnancies, no willing discussion of where abortion is at in Ireland, after the first pitifully poor records have been released to the public. It’s a pity that Varadkar lacked sufficient self-reflection to realize the true meaning of his statement. 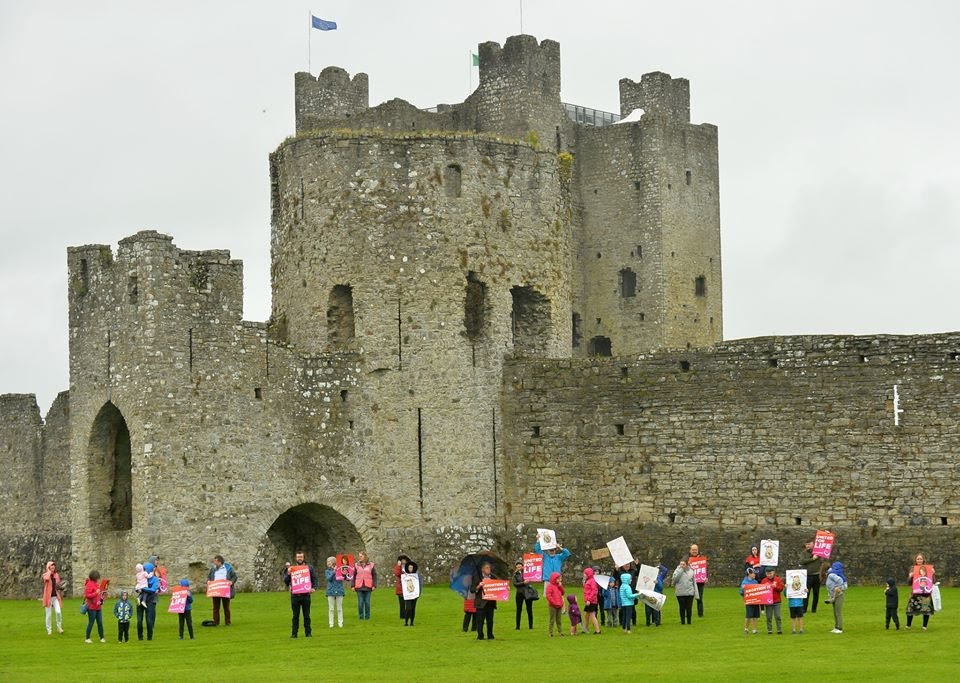 And yet the pesky pro-lifers have not gone away, much to the irritation of so many Repealers. On the 3rd of July, Rally for Life hosted its fifteenth Rally, hosted by Life Institute and Precious Life, this time a virtual one due to COVID-19, featuring lots of local and international speakers, including Live Action’s Lila Rose and March for Life’s Jeanne Mancini. The number of people who watched Rally For Life live events was 40,000. The organizers plan to grow the numbers to 400,000 online. All videos are currently available online as replays. At least thirty-two local rallies joined Rally For Life as well, in socially distant witnesses, thus demonstrating that the pro-life voice in Ireland fights on, despite the increasingly hostile opposition to such views.

It’s also worth noting that Ireland’s pro-life vote in 2018 to save the Eighth Amendment was just under 33%, a similar number to the Irish who voted against establishing the Eighth Amendment in 1983. Being in the minority did not deter Ireland’s abortion advocates for the next 35 years. In global terms, a third of the electorate in a Western nation having voted against the legalization of abortion is a high number indeed, and it is something that Ireland needs to celebrate and develop. There is a saying in the Irish language: “Beidh lá eile ag an bPaorach,” meaning that we will live to fight another day. Ireland will have her moment again.