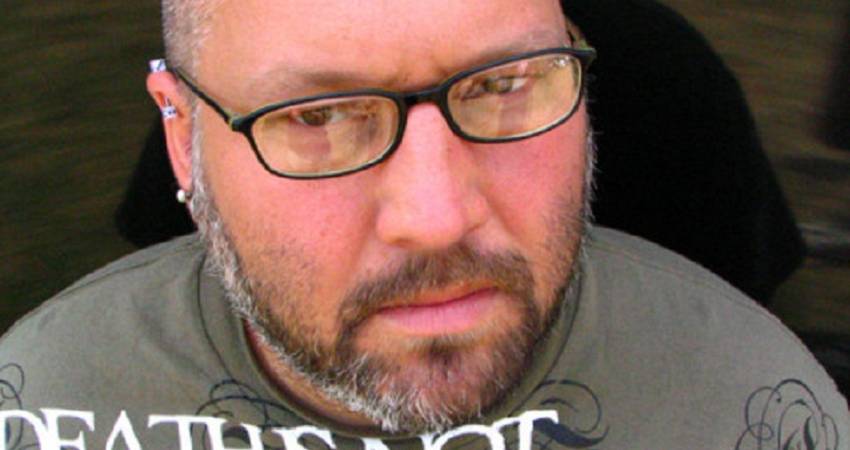 How one pro-lifer ended up talking abortion with Green Day, Bill Maher, and Jon Stewart

“I got invited to five episodes of Politically Incorrect with Bill Maher,” Bryan Kemper told me. “I got to have a cigar with John Lytton of the Sex Pistols, talking about pro-life. Jon Stewart once said on the air that I was the most intelligent guy he was ever afraid of. Back when Gary Cherone was the third lead singer of Van Halen, he saw me on Maher and used me to write an open letter to Eddie Veddar of Pearl Jam, calling him out on all his pro-abortion stuff. Gary got kicked out of Van Halen for doing pro-life stuff with me because Valerie Bertinelli hated the fact that he was doing pro-life stuff while he was in the band.”

Bryan Kemper is the president of Stand True Pro-Life Outreach and the director of youth outreach for Priests for Life, and his path into the pro-life movement was as strange as his experiences. In 1966, his mother found out that she was expecting him and sought an abortion. She failed, and her parents sent her from Los Angeles to San Francisco so that the neighbors wouldn’t know their unmarried daughter was pregnant. He was adopted, “passed around,” and had a traumatic childhood of mental, physical, and sexual abuse. He ended up hooked on drugs and on the streets before overdosing at a Grateful Dead/Bob Dylan conference in 1987. A doctor introduced him to Christianity–which is how Kemper came into contact with the pro-life movement.

In the late 1980s, Operation Rescue was in full swing, with thousands of pro-lifers getting arrested outside abortion clinics across the United States. Civil disobedience was Kemper’s introduction to the pro-life movement—at one of the first clinics he went to in southern California, abortion activists had put a half-naked woman up on a cross to blaspheme at the Christians arriving to save lives. Kemper was a huge man with a mohawk, and the abortion activists mistook him for one of them and asked him to guard the doors. “Nobody had ever seen a punk rock pro-lifer before,” he laughed. He grabbed the doors and gripped them tight when a girl approached.

The young woman ended up talking to sidewalk counselors and changing her mind. He was arrested, but “a baby was saved that day.” That was it for Kemper—he started going to clinics almost weekly. Even after Bill Clinton passed the Freedom of Access to Abortion Clinic Entrances Act (FACE), he and others continued, sometimes going to several clinics in a single day. Once, he grabbed an appointment book on the counter of a clinic and passed it off to pro-lifers outside, where they called each number and rerouted the patient to a crisis pregnancy centre.

Coming from his rock ‘n roll background, Kemper was a novelty in the movement. Most pro-lifers—Joe Scheidler, Frank Pavone, Judy Brown—were welcoming. Others, understandably, were sceptical, convinced that he was an undercover spy. Nellie Gray, the matriarch of the March for Life, informed him that she could handle the mohawk and the sleeve tattoos, but that he needed to scratch the nail polish (he did.) But being an unorthodox pro-life activist led to opportunities, such as getting invited onto Bill Maher’s top-rated show to talk about abortion. Maher once told Kemper that he just didn’t see what the big deal was all about: I don’t see what’s so precious about life. It’s easy to make, it’s easy to take.

“I remember being at a party he took me to once, and Naomi Judd came up and started talking to me about pro-life,” Kemper remembered with a laugh. “Bill was looking at us like what? She literally stopped talking to him to start talking to me about pro-life and that annoyed him at first.” Naomi Judd, incidentally, is a country singer and actress—and the mother of Ashley Judd, a prominent abortion activist. One wonders what conversations mother and daughter have had over the years. Judd wasn’t the only celebrity Kemper talked to—he discussed abortion with Jerry Springer, was going to go on Howard Stern, and “there are so many celebrities who are pro-life that I can’t reveal.”

One celebrity interaction, however, nearly went badly wrong. In 1994, Kemper was invited to set up a pro-life booth at a three-year-old traveling music festival called Lollapalooza by Perry Farrell, the lead singer of the band Jane’s Addiction. At each stop on the tour, a sort of trade fair called Mind Field was set up, and non-profit groups could erect booths and do outreach to concert-goers. There were three abortion groups, and Farrell wanted a bit of balance. Kemper showed up to the festival location in Dallas with a carload of literature and $6. He wasn’t allowed to sell anything, and he had to find his own food and lodging. They slept in the car.

“Before the show, this crazy punk rock guy skates over to my table,” Kemper told me. “He looks at me, and I realize he has to be with one of the bands because they hadn’t let the crowd in yet. He says: I’m going to piss on you. I’m like: Woah! My name’s Bryan, what’s your name? He said: I’m Billie Joe Armstrong. I sing for Green Day. Their breakout album had just been released, and they were just blowing up all over the scene. I asked him: Why would you want to pee on me? He said: You don’t have the right to your opinion.”

Kemper decided to challenge Armstrong. “Okay, take me on stage. Debate me. Twenty thousand people. I dare you.” Armstrong declined, grabbed some pro-life literature, and told the abortion activists as he passed their table to watch what he did on-stage. Bryan went to watch. “He started ranting and raving on-stage, and he took out a lighter and tried to burn our literature. It was amazing. It did not catch on fire. I’m watching it. The flame’s on it. Finally, he got mad, ripped it in half, and said: ‘Go beat them up and destroy their booth.’ Back then I weighed 300 and something pounds, and you never saw a fat boy run so fast.”

But at the booth, something strange happened. People came running up, and saw photos of aborted babies at the booth. Kemper remembers guys saying: “Wait a minute, I don’t disagree with this.” Instead of a beating, the pro-lifers ended up with great conversations, changed minds, and over $200 in the donation jar. For the rest of the tour, they had cash for food, hotel rooms, and gas—all thanks to the angry lead singer of Green Day. Needless to say, it was not the outcome Billie Joe Armstrong had been hoping for.

Kemper has since traveled to dozens of countries to speak at pro-life marches, conferences, and dinners, and has done anti-abortion outreach across the United States. He has a book detailing his many strange experiences coming out next year—and in the meantime, he’s still doing grassroots work over thirty years on. There are millions who need to hear the pro-life message and, as Bryan Kemper has discovered—you never know who might be willing to listen.

My interview with Bryan: