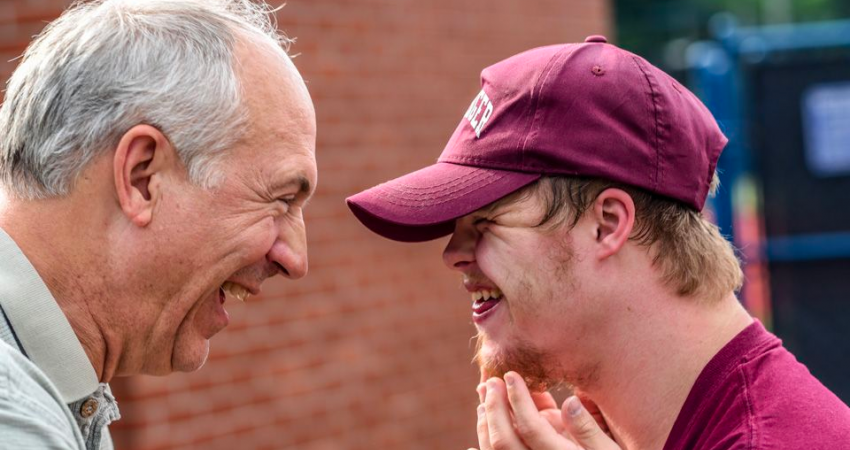 How the pro-abortion movement is fueling ableism and discrimination

In an attempt to unequivocally support a woman’s “right to choose”, abortion activists will often ignore, or openly approve, abortion on disability grounds.

Just recently in the UK for example, the Court of Appeal upheld legislation which permits babies prenatally diagnosed with Down’s syndrome to be aborted until birth. As reported by Gript, in a summary of the decision, the judges said the legislation does not interfere with the rights of the “living disabled”:

“The court recognises that many people with Down’s syndrome and other disabilities will be upset and offended by the fact that a diagnosis of serious disability during pregnancy is treated by the law as a justification for termination, and that they may regard it as implying that their own lives are of lesser value … But it holds that a perception that that is what the law implies is not by itself enough to give rise to an interference with Article 8 rights (to private and family life, enshrined in the European Convention on Human Rights).”

Except that is exactly what the law implies. The “living disabled” are entirely right to be “upset and offended”, as it is glaringly obvious just how dehumanising this disgusting piece of legislation is. The lives of those with disabilities like Down Syndrome in the UK are inevitably going to be seen as less valuable or worth preserving. How on earth can you talk about promoting fair treatment and combating discrimination towards those with disabilities like Down Syndrome, while simultaneously supporting the right for their lives to be ended, based on their disability, before they’re even born? You cannot seriously look at the rate of babies aborted with Down Syndrome in Iceland, for example, and assure the rare child or adult in the country who only survived the fatal screenings due to a testing error, “oh don’t worry, it’s not how it seems, you are definitely just as valued as everyone else!”

“We have basically eradicated, almost, Down syndrome from our society.” - Icelandic geneticist Kari Stefansson, the founder deCODE Genetics

Anyone who sees what is happening abroad and says to themselves “Phew, at least this won’t happen in Ireland, that’s not what I voted for in 2018!” would be sorely mistaken. Remember, a woman’s “right to choose” is sacred and must NEVER be questioned, no matter who dies as a result. Take a look at the answer given by “Together for Yes” to the question “Will disability be a ground for abortion?”, in relation to the 2018 referendum.

“... In Britain there is a specific ground in legislation allowing access to abortion on the basis of any foetal disability without time limit. Nothing comparable is proposed here and abortion in cases of disability will not be permitted.

There is no moral judgement here. ‘Together for Yes’ are not condemning abortion in cases of disability - because “whatever a woman decides”, is the standard. You will not see ‘Together for Yes’ criticising or standing against the proposals of Abortion Rights Campaign, who are calling for “abortion on demand, without apology, throughout pregnancy”, and asserting that “there are no circumstances in which it is acceptable to force someone to remain pregnant against their will.” Make no mistake: this is late-term abortion with no restrictions, no questions asked. This isn’t some fringe group calling for these extreme measures, they regularly receive the endorsement of officials within the Oireachtas, namely those belonging to the Labour Party, such as Senator Rebecca Moynihan and TD Ivana Bacik. Something as thoroughly and objectively reprehensible as late-term abortion on demand is being pushed hard in Ireland. You may have that belief and get paid out of the taxpayers pocket for it.

Women have been travelling from Ireland to the UK at an increased rate since 2018 to have their babies with Down Syndrome aborted. What does that tell you about the attitude of our ‘progressive’ society? In fact, the abortions sought by women from Ireland in the UK are used by Irish abortion campaigners to push for complete liberalisation of the abortion laws here. So it doesn’t take a genius to see who will likely pay with their lives for the proposals of Abortion Rights Campaign: the most vulnerable. Those with prenatal diagnoses of disabilities and illnesses that make them even more in need of special attention, love and care. Abortion will be giftwrapped and sold to their parents as a ‘compassionate’ alternative to giving their baby a chance at life. Of course, the reason behind the recent push for late-term abortion on demand in Ireland is not solely fueled by a desire to decrease the population of disabled people. It’s just a very likely by-product that they don’t care enough about. Because, remember the mantra of Ireland’s leading ‘Repeal’ campaigners: “whatever a woman decides … no apologies”.

So, if you voted against the right to life of all unborn babies on this island, don’t be too quick to gasp in horror or self-righteously tut-tut at the barbaric practices and resulting archaic attitudes towards those with disabilities in other countries, because these similarily awful propositions by pro-abortion campaigners here in Ireland have been fueled by every single ‘Yes’ vote in 2018.