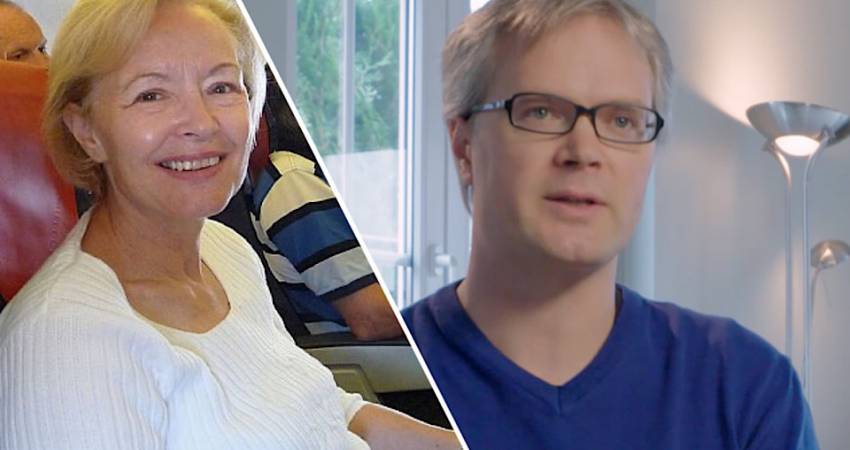 RIGHT TO LIFE of mother with depression VIOLATED when doctor EUTHANIZED her, rules European Court of Human Rights

In what is both a deeply saddening but groundbreaking case, the European Court of Human Rights has ruled that the right to life of 67-year-old Godelieva de Troyer was violated when Wim Distelmans, an oncologist in Belgium, euthanised her based on the grounds of her supposed “untreatable depression” in 2012.

Typical of what can only be described as an inherently anti-life ‘practice’, devoid of any respect or dignity, de Troyer’s son, Tom Mortier, was not even made aware of his mother’s plans to die until after her death. Subsequently, Mortier sought justice.

As reported by Gript, in the case of Mortier v. Belgium, the ECHR found that Belgium violated the European Convention on Human Rights due to its failure to properly examine the worrying circumstances which led to her euthanasia. The decision to end the life of de Troyer via lethal injection  was agreed upon by Distelmans, de Troyer’s physician of more than 20 years, and three other physicians, who did not have any previous involvement with de Troyer’s care.

While her initial request to be euthanized was rejected by Distelman, the oncologist seemingly had a change of heart which happened to chronologically coincide with a donation made by de Troyer to Life End Information Forum, an organization co-founded by Distelmans.

The label of “untreatable depression” is deeply disconcerting, especially in conjunction with the fact that Mortier insists that his mother’s depression was highly influenced, if not the result of, a break-up and her ‘feelings of distance’ from her own family.

Faith-based legal advocacy group, Alliance Defending Freedom Intl (ADF), who represented Mortier, said that the court case was a “major case on the right to life”.

“People suffering from depression need compassion, love, and sound treatment, not a prescription for death,” said ADF International Senior Counsel Roger Kiska. “The state has a duty to put the necessary safeguards in place so that suffering patients receive adequate care from doctors and an opportunity to consult with family members”.

Unfortunately, Belgium has long been one of the most appalling anti-life countries in terms of their euthanasia laws. In 2002, the country legalised euthanasia with the introduction of the Belgian Euthanasia Act, which permits adults who are suffering both physicially and mentally to end their lives. But it gets worse. In February 2014, Belgium sent shockwaves through the western world when it became the first country to allow voluntary child euthanasia without any age restriction.

Even though a much-needed direct challenge to Belgium’s horrific legal perspective on euthanasia was dismissed in Mortier v. Belgium, ADF said that the case sends a very clear warning about the dangers of euthanasia, and the “fiction of legal safeguards” surrounding the procedure.

Indeed, the blatant injustice of Godelieva de Troyer’s death was part of the reasoning behind the Life Institute’s winning ‘Dont Assist Suicide’ campaign against the introduction of assisted suicide in Ireland. A video of her son speaking about the horrific case on the Life Institute YouTube page can be viewed here. The Oireachtas Justice Committee comprehensively rejected the Bill in 2021, which sought to legalise assisted suicide in Ireland, citing the “serious technical issues” and the lack of safeguards to protect against undue pressure being put on vulnerable people to avail of assisted dying.

Crucially, the Justice Committee said that the majority of submissions from all categories of medical stakeholders opposed the bill. They also reported that they received hundreds of submissions from “those affiliated with the Life Institute, an organisation which is pro-life, pro-family and believes in the sanctity of human life. They strongly oppose this Bill. Among the points raised in their submissions, additional to the points raised in other categories include: that assisted suicide is strongly resisted by disability rights groups for the clear impact it would have on devaluing the lives of those with disabilities and the risks it poses to them.” More can be read on that story here.

Assisted suicide is just that: suicide.

How can we as a society have mental health awareness campaigns but also introduce a legal framework by which people may take their lives? If you sat beside someone on the bus, and during the conversation that arose, they mentioned their chronic pain or life-long illness, would you suggest they kill themselves? You wouldn’t, no one in their right mind would.

Euthanasia, assisted suicide, assisted killing, are all methods of dying sought by people who think their life, (or sometimes the life of someone else) is not worth living. If we want to be seen as a caring, loving and compassionate country, we can never accept any reason for suicide.