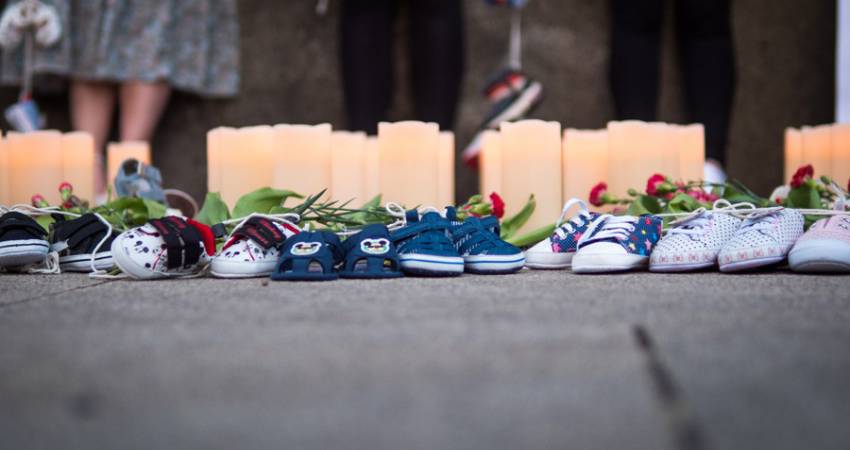 “Attempts to ban or restrict abortions do nothing to reduce the number of abortions.”

The above is a quote from Amnesty International’s “Key Facts on Abortion”. It asserts a claim that is widely used by abortion campaigners, especially in the aftermath of Roe v Wade being overturned in the U.S

But it isn’t true.

As discussed by Michael J. New in his excellent article for the Lozier Institute, several of the studies which have influenced this widespread belief are fundamentally flawed in their research methods.

However, as Mr New states, these studies erroneously compare and contrast a whole range of countries and their statistics on abortion, without allowing for poverty rates, economic growth, demographic shifts or any other influential forces that, arguably, have a considerable impact on a country’s abortion rate.

By failing to keep these forces constant, the data from any of these countries regarding abortion rates are not comparable or fit for the supposed purposes of these studies. Therefore, the results actually say alarmingly little about the impact of the legal status of abortion alone on a country’s abortion rate, as one cannot conclude that the resulting abortion data is not affected by the influential forces described above - not merely the country’s legal protections for the unborn. Nevertheless, these sort of cross-country comparison studies get a large amount of media attention, often without as much as a second glance.

The ‘findings’ of Sedge et al. (2012), Sedge et al. (2016) and Singh et al. (2018) would act as a basis for many claims and further research about the efficacy of pro-life laws, in an attempt to render them useless at best, and harmful at worst.

In order for a study looking at the impact of abortion legislation on abortion rates to be worth the paper it’s printed on, it cannot act as if the impact of abortion law on a country’s abortion rate can be understood by simply looking at how restrictive or liberal a country’s law is, and then their rate of abortion, and comparing it to another country’s differing abortion laws and their rate of abortion. As explained above - these are not the only factors influencing abortion rates. To make that assumption would be failing to take into account the very real effect of other factors - and then assume the outcome is due to one factor alone - or heavily imply that it may be - while quietly reminding readers, in the small print so to speak, that “correlation does not equal causation”.

These researchers looked at how abortion policy affects abortion rates, by actually holding constant economic growth, inflation rate, poverty level etc., in a number of Eastern European countries that had undergone significant policy changes. This was done by utilising time series-cross sectional data (that is, data from one source over different points in time). They found that a country’s abortion rates are impacted by the legal status of abortion.

“...the results indicate that countries that changed from very restrictive to liberal abortion laws experienced a large reduction in births. Changes from modest restrictions to abortion available on request, however, led to no such change in births despite large increases in abortions.”

These results suggest that abortion being available on request lead to more pregnancies ending in abortion, and, as highlighted by New, “countries where abortion is legal only to save the mother’s life or for specific medical reasons have abortion rates that are only about five percent of the level in countries in which abortion is legal on request”. He goes on to state that the results of the Levine & Staiger (2004) study show that even modest steps towards protecting the lives of unborn babies, has an worthwhile effect:

A similar effect can be seen when it comes to incremental pro-life laws, such as public-funding limits, parental involvement and informed consent laws. A literature review from the Guttmacher Institute, which consisted of 18 peer-reviewed studies, found statistically significant evidence in 15 of those studies, that public-funding reductions coincided with a fall in abortion rates. The authors of the literature review state that:

“The best studies…used detailed data from individual states and compared the ratio of abortions to births both before and after the Medicaid restrictions took effect. These found that 18-37 percent of pregnancies that would have ended in Medicaid funded abortions were carried to term when funding was no longer available … Considering the case studies collectively, a reasonable estimate is that a lack of funding influences a quarter of Medicaid eligible women to continue unwanted pregnancies.”

Another study from the Guttmacher Institute, which looks at the findings of 16 peer-reviewed studies, found that parental involvement laws result in a significant reduction in the in-state incidences of abortions for minors. This is where a lot of abortion campaigners, and indeed some ordinary people, might suggest “well, surely then they’re all going to the nearest State that will give them an abortion”. They wouldn’t be completely wrong in suggesting that, but they also wouldn’t be completely right either, as New explains in his article:

“The two best studies on parental involvement laws which track and compare, both in-state and out-of-state minor abortions each show that the in-state abortion decline significantly exceeds the out-of-state increase. The first is “Parental Consent for Abortion: Impact of the Massachusetts Law.” This study appeared in the American Journal of Public Health in 1986 and analyzed the Massachusetts parental involvement law which took effect in 1981 (Cartoof and Klerman 1986). The second is “Changes in Abortions and Births and the Texas Parental Involvement Law.”  This study appeared in The New England Journal of Medicine in 2006 and analyzed the Texas parental involvement law which took effect in 2000 (Joyce, Kaestner, and Colman 2006). Both studies were unique because they were able to analyze monthly data on in-state minor abortions, out-of-state minor abortions, and births to minors.”

The research on informed consent laws are less abundant, but the available data does indicate that they are effective in reducing the rate of abortion. The effect of Mississippi’s informed consent law (introduced in 1993) was researched in three separate studies - with each of these studies finding that Mississippi’s law resulted in a significant reduction on the abortion rate. More can be read on this in New’s article.

The interesting and relevant thing about Mississippi’s law is that it was the first of it’s kind that required pregnant women to make two separate trips to the abortion clinic. This is similar to the mandatory three-day waiting period here in Ireland, where a mother has to wait for 72 hours between her first appointment with her GP, where she inquires about an abortion, and actually receiving the abortion pill. Two separate points of contact are involved, with the hope that the 72 hours will provide the pregnant woman with time to process the initial shock of pregnancy, and hopefully make a genuinely rational and informed decision in regards to her baby’s life.

As discovered by Independent TD Carol Nolan, the three-day wait has likely resulted in hundreds of lives being saved. Nolan put in a parliamentary question with regards to the abortion figures for 2019, and found out that 7,500 women had an initial consultation for an abortion. When taking into account the 6,666 abortions that year, that shows that that approximately 830 mothers did not go ahead with their initial plans for an abortion after the 72 hours elapsed. There is every reason to believe these women profited immensely from the invaluable time to seriously think and consider their options during those three days, and chose life for their unborn child. As Aontú leader Peadar Toibín said, if you take that figure and extrapolate it over the three years abortion has been available on demand in Ireland, there are likely “2,500 children alive today as a result of that three-day waiting period.”

The point is this: restrictions on abortions, and incremental pro-life laws DO affect the abortion rate. The idea that it doesn’t, or is incapable of doing so, is preposterous. This is indicated in our own country, where the abortion rate has risen dramatically since the policy change in 2018.

Abortion was banned entirely in Ireland until the end of 2018. In that year, under 3,000 women travelled to Britain for abortions while perhaps up to 1,000 more may have taken abortion pills. In 2019, the first year abortion was legally available in Ireland, 6,666 took place, an enormous increase - almost a doubling of the number of abortions.

While abortions are unfortunately entirely tax-payer funded here in Ireland, it is evident that the three-day wait has undeniably saved lives and saved women from the harm and evil of abortion. While one would like to hope that each difference between the initial consultation and actual incidence of abortion over the last three years has resulted in each woman giving birth to their baby, loving them and holding them in their arms, we won’t know for sure. But we do know that even one innocent life saved from being suffocated, dismembered, crushed and sucked out from their mother’s womb and disposed of like medical waste or flushed down the toilet, is worth it.

Who, in their right mind, could disagree with this? Why could anyone possibly want more abortions, and why are we listening to them?