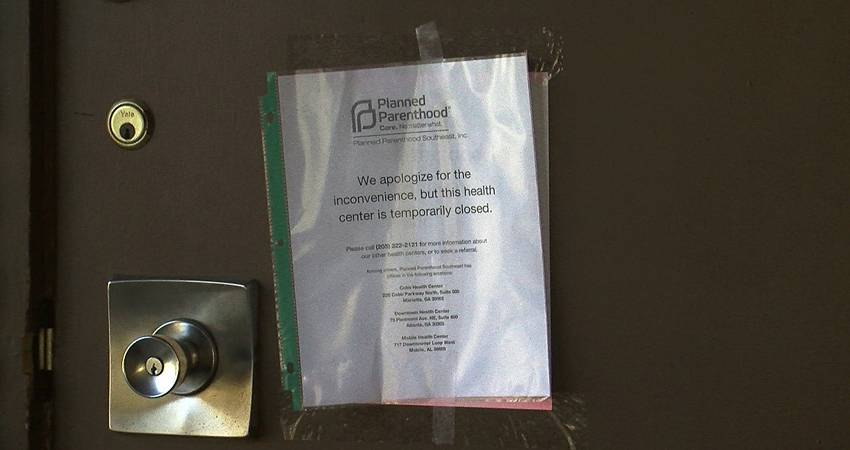 It is hard to fail... unless you're the abortion industry

Recently, a statement I made on Facebook was openly challenged. Or, rather, a statement I reposted from Operation Rescue President Troy Newman, who, at a youth conference in California, stated: “We’re on the verge of the total annihilation of the abortion cartel.”

Now, I will admit, that is a very strong statement, and I can see why someone would want to question it. Total annihilation is pretty intense, as was the brief online conversation that it sparked. In the end, I think we agreed to disagree, but not before quickly scratching at what I took to be a very important question: As someone who does pro-life work for a career, do I live in a bubble? Meaning, do I only believe that there could be a true end to the abortion industry in this nation simply because I eat, sleep and breathe pro-life?

The question kind of gnawed away at me. So much so, that, after a few days, I decided I was going to need an answer. Is the abortion industry going down because my bias believes it, or, because the facts reveal it? To answer, I simply decided to take a quick look – a snapshot, if you will – at the month of March. About thirty minutes in, it became very apparent to me that I actually don’t live in a bubble, and that the abortion industry, even by its own admission, is not thriving.

Exhibit A: The Clinics.

Now, please keep in mind that this is just one month. In just one month, the abortion industry rushed 3 women to the hospital by ambulance and left one poor, young woman to die on the table.

MARCH 4th (Germantown, MD) – A woman is transported to the hospital by ambulance from late-term abortionist Leroy Carhart’s clinic. This is his clinic’s fourth medical emergency in just one year — the first of which happened on February 7, 2013, and resulted in the tragic death of Jennifer Morbelli.

MARCH 21st (Cleveland, OH) – Less than ten days later, 22-yr-old Lakisha Wilson stops breathing on the abortion clinic table in Cleveland. Recordings of the 911 call reveal a clinic worker casually reporting to the operator that Wilson is “not breathing at all.” Wilson is pronounced dead seven days later.

MARCH 27th (Albuquerque, NM) – Not even a week after the Wilson tragedy, yet another woman is transported by ambulance from the Southwest Women’s late-term abortion clinic. This is the clinic’s 16th medical emergency since 2008 – only 6 years.

Abortion advocates constantly claim that abortion is a very “safe” procedure that helps women and harms no one. However, if you were to examine a full year of injuries and deaths (remember, the above reports are from just one month), I think you would see that such a claim is impossible to validate. Of course, I suppose you could come back with the point that medical emergencies happen all the time, but, again, let’s look at the evidence. Name one other ambulatory facility that puts three healthy women in the hospital, and kills a fourth, in just four weeks.

You won’t be able to, because there isn’t one. The abortion industry has its own brand of consistency. It consistently harms and kills women – born and preborn. Always has. However, now, with the advent of technologies like a simple camera phone, and increased vigilance from the sidewalk, clinics and abortionists are finding it harder and harder to hide their deadly mistakes and illegal practices. People are beginning to see the real face of abortion – like Kermit Gosnell. Or, more recently, Tyrone Malloy:

MARCH 24th (Atlanta, GA) – Abortionist Tyrone Malloy is sentenced to 4 years in prison after being convicted for $387,000 worth of Medicaid Fraud.

MARCH 26th (also in Atlanta) – Abortionist Ivan Diamond is also forced to resign his position at Columbus Women’s abortion facility by his central OB/GYN practice. The practice felt his involvement with the abortion industry would tarnish their reputation.

On a side note, that last fact is an even better snapshot of the dwindling number of abortionists and their subpar clinics. Diamond is one of two abortionists for that particular Georgia clinic. The second, Andre Williams, was also indicted for Medicaid Fraud on December 20th, 2013 – the same charges Malloy faced. And, in February 2014, just two months after, another Georgia abortionist, Charles Rossman, was finally extradited back to the States after hiding in Europe for eleven years to avoid charges for performing illegal abortions.

Gone are the days when abortionists were left to themselves to kill and harm whoever they wanted. Gone are the days when the law simply let them slide by. When it comes to breaking the law without consequence, the abortion industry, plain and simple, is losing its influence…and it knows it.

Exhibit B: Their own admission.

On March 5th, a story ran from liberal mag American Prospect entitled, “The Doctor is Out.” Though the story is strictly from the pro-abortion perspective, ignoring any and all concept of the sanctity of Life, it does clearly demonstrate (and openly admit) just how fast the abortion industry is losing ground. One graph in particular actually shows the incredible decline in abortion clinics between 1981 and 2011. The graph states that in just 30 years, “more than 1,000 abortion providers have been shut down.”

Then, after a pretty bias rundown of state regulations recently passed across the nation, the article goes on to conclude that “anti-choice activists’ influence on health and medical boards won’t lessen anytime soon. Instead, they likely will be emboldened by Iowa, Virginia, and other states’ successes. Pro-choice groups will find it nearly impossible to turn the tide….”

Even the Guttmacher Institute, Planned Parenthood’s own research arm, sounded the alarm this January when it reported that more pro-life laws were enacted between 2011 and 2013 than in the entire previous decade. In 2013, alone, 39 states enacted 141 provisions to protect life. Does that sound like a winning number for abortionists? I’ll let you decide. As for me, I feel very strongly that an increased number of reported injuries, an increased number of abortionists going to jail, and incredible success with pro-life state legislation all point to one conclusion: the abortion industry is failing.

And, I’ll even go one step further: Not only do I believe that it’s failing today, I also believe that it will continue to fail, and that I will see its power completely broken before my own time ends. If that is foolish, then so be it. If that is weak-minded, then I accept that label with all gladness. 1 Cor. 1:27 says, “But God chose the foolish things of the world to shame the wise; God chose the weak things of the world to shame the strong.” I’ll take foolish and weak any day, because I know what God has promised.

There’s one final piece of this snapshot that I would like to offer – that of Birmingham, Alabama, where I happen to live. In the month of March 2014 the building for an abortion clinic our pro-life community worked very hard to shut down went up for sale, along with the house of the clinic owner. That owner used to hold a great deal of sway in this city. In fact, just a few years previous she could have called the police on any pro-lifer standing outside her clinic and had them arrested with no questions. Today, however, that is no longer the case. Over the course of just about three years, we watched God strip away that influence and shut down that clinic for good.

Perhaps, if I had not seen that first-hand, I would not so adamantly believe that the abortion industry could, in fact, fall. But I did see it. I participated in it, and I know with absolute certainty that from the world’s perspective there’s no way we should have won that battle.

In the play, Time’s Abstract and Brief Chronicle, GK Chesterton has a quote that I absolutely love. He writes, “…the one perfectly divine thing, the one glimpse of God’s paradise given on earth, is to fight a losing battle – and not lose it.”

When it comes to the work of the pro-life movement, that is where I live. I know that Planned Parenthood has the President in their pocket. I know that the Supreme Court just ordered every American citizen to fund abortion through federal healthcare. I know that 3500 children are still being aborted in this nation every single day. But, I also know that God is on the throne, and that He blesses the work of His faithful servants. I’m not showing up to a fight I think I can’t win. That would be an incredible waste of time, wouldn’t it? I’m showing up to a battle that I know is already won, and believing that God will make Himself known. Today. In my time, and through my own generation.

And so, with the evidence laid out before me, I have to say (yet again) that I agree with Troy Newman’s initial statement: I very much believe that we are on the verge of seeing the total annihilation of the abortion cartel. Not because I am surrounded by pro-life news and people, but because we, as a movement, are surrounded by a mighty God who is actively bringing the deeds of darkness into His blinding light.

As it says in Ephesians 5:13, “But all things become visible when they are exposed by the light, for everything that becomes visible is light.“ The more we uncover about the abortion industry – the more we sweep away the darkness – then the more God can work through His people to set things right, just as He always has, and as He always will.