Marie Stopes International is a major promoter and provider of abortion around the world. It is registered as a charity in the UK. In England, MSI provides abortions at a number of private clinics. MSI in the UK also has an active campaigning role and lobbies for, among other things, easier access to the abortifacient morning-after pill. MSI is a member of Voice for Choice, a coalition of pro-abortion groups which campaigns for a liberalisation of the UK’s abortion law so that abortion would be made available on request in the first 14 weeks of pregnancy, abortion with only one doctor’s approval up to the 24th week of pregnancy, placing a duty on doctors to declare any conscientious objection to abortion and extending an amended Abortion Act to Northern Ireland.

MSI also lobbies on a pro-abortion platform in the institutions of the European Union, and has an office in Brussels. It provides the secretariat for the European parliament’s Working Group on Population, Sustainable Development and Reproductive Health. MSI is active in many countries including China and Vietnam, both of which have coercive population control policies.

In the Summer of 1992 the Easons chain of bookstores in Dublin and Cork were the subject of pro-life pickets as they would not withdraw their sale of the Guardian Newspaper, which had in prior weeks, carried full page adverts for abortion services in Marie Stopes clinics in England. At that time such advertisements were completely illegal. Who exactly was Marie Stopes?

Marie Stopes was not the ideal dinner guest. The birth control crusader horrified guests at a 1934 fundraising supper for her clinic in Belfast by producing a Dutch cap from her handbag and passing it round the table as she expounded on methods of contraception. In that deeply conservative city, where few doctors could openly support the birth control cause, social convention did not allow for such an action. Stopes would continue to cause controversy.

In a recent biography, Marie Stopes and the Sexual Revolution by June Rose, sinister aspects of Dr Stopes's personality and philosophy are revealed. Was the dedicated researcher more monster than saviour? Was her work in birth control motivated less by a dedication to women's liberation than by a vision of racial purity, a kind of breeder's blueprint for the Empire? Today, even her most ardent followers may find her 1921 slogan embarrassing -"Joyful and Deliberate Motherhood, A Safe Light in our Racial Darkness."

Marie Stopes in her laboratory

Ongoing reassessment of Marie Stopes was inevitable. When she died in 1958, aged 78, a three-ton lorry was needed to transport her letters and papers from her Surrey home to the British Museum. It is an irresistible mine for any biographer. Negotiating the maze of clues to an eccentric life, Ms Rose presented the reader with a woman who defied classification-a radical reformer pledged to the survival of the class system, quite simply, a racist.

Such inconsistencies, however, would not be enough to dent Marie Stopes's reputation. Many of them were previously catalogued in Ruth Hall's 1977 biography. Far more damaging is the fresh evidence unearthed by Ms Rose suggesting that the most significant advancement of the age for women-control of reproduction-was part of a "selective breeding" philosophy embraced by many leading intellectuals in the early part of this century. According to this philosophy, individuals were rated from A1 to C3, the latter being diseased members of the lower classes (the categories were originally devised by army recruitment officials.)

Lobbying government to support her views

"I agree that the present position of breeding chiefly from the C3 population and burdening the A1 is nationally deplorable."

She requested that scientific information be made available to "curtail the C3 and increase the A1." Two years earlier, in her book Radiant Motherhood, she castigated the government for allowing

"the diseased, the racially negligent... the very lowest and worst member of the community to produce innumerable tens of thousands of warped and inferior infants."

If she were dictator of England, Dr Stopes told the Guernsey Star and Gazette in 1935, she would "link up the whole British Empire and urge people to: breed for fitness, beauty and a joyous existence."

In the shadow of Auschwitz Stopes' proclamations seem disconcertingly prophetic. Aldous Huxley cited just such beliefs as central in his nightmarish Brave New World, describing, in the 1946 foreword to the novel: "...a fully developed science of human differences, enabling government managers to assign any given individual to his or her proper place... a foolproof system of eugenics, designed to standardise the human product and so to facilitate the task of the managers."

Certainly, Marie Stopes supported the Eugenics Society, founded in 1908 by Charles Darwin's cousin, Francis Galton, to promote the more desirable bloodlines or races over those perceived as inferior. She even bequeathed her London birth control clinic to the Society and advised the National Birth Rate Commission in 1919 on mandatory sterilisation for parents exhibiting disease, drunkenness or bad character.

In August 1939, a month before the outbreak of war, she sent a book of her poetry, Love Songs for Young Lovers, to Adolf Hitler with this note:

"Dear Herr Hitler, Love is the greatest thing in the world: so you will accept from me these (poems) that you may allow the young people of your nation to have them?"

A self-confessed "natural Conservative", she admired the Nazi policy of breeding for fitness but disapproved of Hitler's attempts to raise the birth rate. As late as 1942, she wrote

"Catholics, Prussians/ The Jews and the Russians/ all are a curse/ or something worse..."

and in 1926, she specified that the boy she would adopt as a companion for her own son must be "completely healthy, intelligent and uncircumcised." A Jewish child would clearly have been unacceptable.

Treated her husband and son with great cruelty

Marie Stopes had one son, Harry with her second husband Humphrey Roe and it has been revealed that she treated him as a social experiment, dressing him up in girl’s clothes, choosing, and then discarding, adoptive brothers for him, and later cruelly victimising his wife.

When Marie Stopes died in 1958, at the age of 77, her son found she had cut him out of much of her will, she had remained so angry at his marriage. 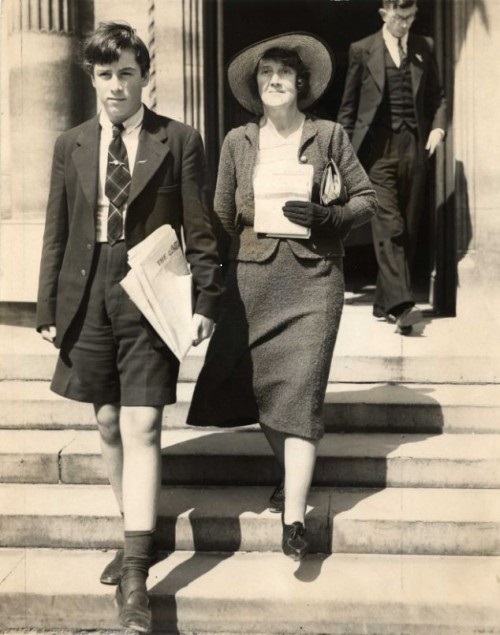 READ MORE on how she treated her son here...