Personal Stories of those with a Crisis Pregnancy

Read the personal stories of Diana, Dara, Monica, Louisa and others and how they coped with their pregnancy and their subsequent decisions.

12 months ago, Sophie had booked an appointment with BPAS to have an abortion. But that was before she happened to stumble across the March for Life UK, as pro-lifers paraded right through the centre of Birmingham, singing songs and waving pro-life placards. Sophie got talking to a young woman, Bernadette, who had traveled down from Doncaster to be a part of the march. She says something about the march -

"Seeing so many pro-lifers together in one place and the message of joy they were proclaiming", it really moved her.

Back in 2009 I found myself in difficult situation I became homeless and had to live in a hostel for two months. While trying get back on my feet I befriended a older man who was a good bit older than me. We became very close and started a relationship, but to my realization I found out he was an heroin addict.

I am a mom of a three year old little girl and had no plans to get pregnant again because I have a severe spinal injury — a fused pelvis full of metal and can barely walk. I am in constant pain.  My pain was so severe I was on dilaudid pills.

"I was 16 and nearly 17 ... and it was gossip through the private school grapevine. It was a really tough time for me," she said. "I knew that I would be a single parent. I was always like: 'This is me and her'. It was never going to be me, her and him. I knew I needed to make that decision for me - that I was going to be a teenage parent." 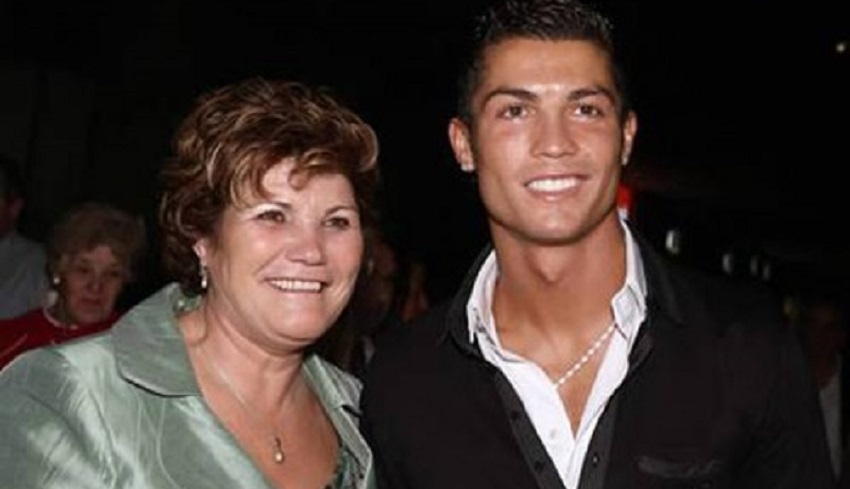 The famous footballer Cristiano Ronaldo's mother reveals she tried to abort her son. These testimonies tell us that whatever the mother perceived to be insurmountable was obviously not. Support not abortion is what is needed for women facing a crisis pregnancy.

Little Nathan Phillips was not expected to survive and his parents were advised to have an abortion. Actress Laura, who has appeared in films and theatre shows, said Nathan junior's safe arrival was a huge relief after she was advised early in the pregnancy that the baby may only survive half an hour, if born alive. Doctors told her to consider an abortion after irregularities in scans lead doctors to think the youngster had inherited a deadly combination of genes. But Laura, who suffered complications throughout the pregnancy, ignored advice and decided to carry on the pregnancy. 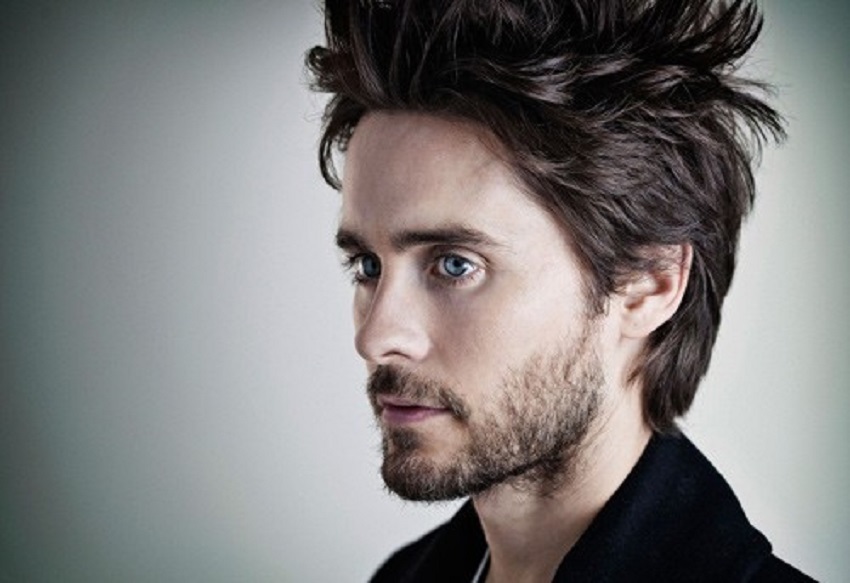 During his acceptance speech for Best Supporting Actor at the 2014 Oscars, Jared Leto told the story of his mother who fought to create a better life for him despite her status as a high school dropout and single mother. From Time magazine to ABC News, the media offered only praise for Leto’s words. 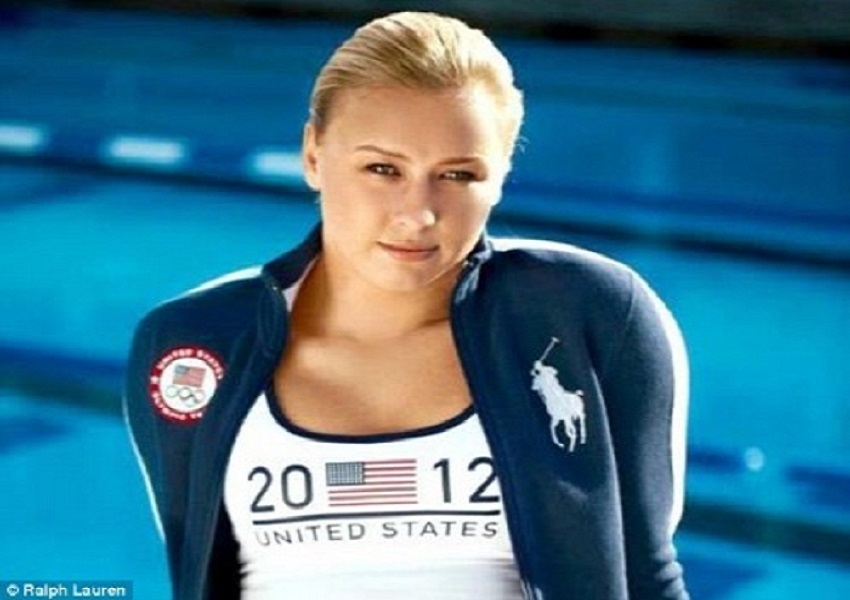 Jessica Tatiana Lon'gs mother had a crisis pregnancy. The paralympic swimmer was born in Russia and lived there until she was adopted after she turned one. Her adoptive family was American, and Jessica was raised in a suburb of Baltimore, Maryland, where she grew to love swimming from a young age. Jessica’s legs had to be amputated shortly after she came to the United States with her adoptive family, but that didn’t hold her back from pursuing sports growing up, and learning to love swimming. In 2004, at the age of 12, Jessica was the youngest member of the U.S. Paralympic Team at the games in Athens, Greece. Ten years later, she competed in this winter’s Paralympic games in Sochi, and an NBC crew traveled with her to meet her birth parents, for the first time, at the age of 21. They filmed a 20-minute documentary of the event entitled Long Way Home: The Jessica Long Story, which aired toward the end of the Sochi Olympics.

Give Cristen one minute to tell you why she chose adoption to provide the best life for her and her baby. When pregnancy changed her life, Cristen chose a loving family for her baby and changed both their lives forever. If you don't think you're ready to be a mom, we're ready to help you choose adoption too.

She made a tough decision to do something beautiful.

At 1:40 you find out just how powerful that choice really is.

Young mother, Rebecca, reveals what caused her to flee Planned Parenthood and save her unborn twins’ lives: It was pro-life protestors at the clinic and in particular, Sherry Pierce, who changed Rebecca's mind and helped her through her pregnancy.

Growing up, I had a very broken household. With three step brothers and two half brothers, I was the youngest by 8 years and the only girl. My step father was emotionally abusive and severely bipolar. Everyone has heard the saying, "A father is a daughters first love." At least once. Knowing this, my love for my father, plus the way he treated my mother (which was poorly), is the way I grew up seeing men.

A victim of childhood sexual abuse, Pattie engaged in drinking, drugs and sex at a young age, ultimately finding herself pregnant at the age of seventeen. Even though she was encouraged to abort, she told Kathie Lee,

Stacey Solomon, a 21-year-old singer and rising star of British television, is the mother of a wide-eyed three-year-old little boy that she says she was "in love with" before he was even born. But as she revealed to the UK's Mirror in an interview published Thursday, the prevailing message for pregnant teens in Britain nearly convinced her that aborting Zach was the responsible choice.

"The abortion that ruined my life."

Sinitta went to hell and back to have her children, suffering four miscarriages before trying IVF. After three failed attempts, they turned in desperation to a surrogate mother, Kerry West, and were ecstatic when she became pregnant using Andy's sperm and her eggs. But Kerry miscarried twice.The second time she had been carrying twins. Sinitta beat herself up, blaming what she now refers to as her 'wild' past.

Abortion: I'd never really thought about the word until it happened to me. Before that, it was something vaguely frightening and shameful that a couple of women around me had experienced. But afterwards, it was a word compacted with myriad complicated feelings, including necessity and panic, sorrow and regret, degradation and stigma. Up until that summer, I honestly thought it would never happen to me.

When I was 17 I got pregnant and at that time I thought the best decision I could make was to have an abortion. And I went with two friends to an abortion clinic at about three months pregnancy and I had an abortion. It was a horrible situation. When I got to the clinic, I was getting prepared for the abortion. They tried to give me the anesthesia but my veins kept collapsing. I asked the doctor if I could come back another day, because I was concerned and scared at that point. And he said, "No, because you won't come back." And with that comment the anesthesia took effect.

Rebecca was twenty-three years old, single, and enjoying a successful career as a professional dancer when she found out to her dismay that she was pregnant. The news couldn't have come at a more inopportune time. It was February of 2009, and Rebecca had just signed a contract with the Washington National Opera to dance for them from April to June of that year.

When I think back now, to the day when my parents found out I was pregnant, it still brings back all the scared, hurt and mixed feelings that you are probably feeling right now. It was one of the hardest things I ever had to face.

I was fifteen when I found out I was pregnant. I found out on January 22, 1998. I was a month pregnant. The first person I told was a friend of mine who was pregnant too. We both took the pregnancy test the same day. I was really scared to tell my mom and I was nervous to tell my boyfriend. I was afraid of what my boyfriend would say. I didn't think he was going to like it.

I had a baby at nineteen years of age. I was going into my second year of college, and although I finished my second year (my son was born over spring break - can you imagine the looks I got when I returned to class? I didn't get very big, although my son was average size, and many people didn't even guess that I was pregnant, just looked big) - I took a year off of school after that to make some money and get out on my own. So after a year of working, I went back to school.

I was 18 when I found out I was pregnant. I knew that there was a chance of me getting pregnant but I just ignored it! My boyfriend and I had been together for three years so when I told him he was very happy and excited, however my parents were not. When my parents found out they were heart-broken, as they wanted me to go to university and get a teaching job. They spent weeks trying to convince me to have an abortion but I was determined to have my child whether I had my parent's approval or not.

I found out that I was pregnant two months after I had conceived. I was so afraid of what people would think about me since I was only 17 and unmarried. It wasn't bad at all. My mom was so happy that she was going to be a grandma and my whole family was real supportive. My boyfriend and I were together at the time. He would always tell me to have an abortion because he wasn't ready to be a daddy.

I'm 20 years old and I'm five months pregnant and I'm due in August. Last year I was dating someone for a while and I got pregnant. I wanted the baby and so did he...but it just didn't come through with my parents. But he was not ready for marriage. I got so much pressure from my parents ... that I felt weak ... I was 19 years old. They told me, "How are you going to take care of this kid? This guy is not going to marry you!"