Opening of YD’s premises at 60a Capel Street!

The Fianna Fáil Ard Fheis 2000 is remembered for one reason only - that abortion remains an issue that will not go away. Fourteen members of Youth Defence manage to obtain delegate passes to Bertie Ahern's speech on Saturday night in order to bring attention to the need for a pro-life referendum to a live television audience.

Maurice provides a decoy by walking up to the barriers in front of the stage and asking Bertie when he was going to give the Irish people a pro-life referendum. While security hurled themselves at him, Labhrás and Stephen vault the security barriers and jump onto the stage beside Bertie. Here they unfurl a poster carrying the message Pro-Life Referendum Now! before being dragged away.

Bertie is clearly shaken by the disturbance, but he is not alone, since everyone else is shaken by the Fianna Fáil delegates, who get busy slapping all the interrupters on the head.

It gets worse for the FF faithful however as there are another 11 YD members timed to keep interrupting, and who insist on doing so. This is all played out live on TV.

In a trying night for the Taoiseach, all YD members are removed from the premises by very, very, bothered FF delegates. One determined delegate showing terrier like determination bit a YD member on the ear (at least it wasn’t the seat of the trousers!)

The protest attracted loads of media attention and as one commentator on the Sunday Show (Radio 1) admitted it put "abortion back on to the political agenda."

“Will this nightmare ever end?”Leaving all this hassle as far behind as he could possibly get without leaving the planet, Bertie travelled to Australia for a break (state visit to you and me that is).

Here he met YD Australia who converged on the University of New South Wales, where the Bertie was giving a public address on March 12, to remind the Taoiseach of his political obligations in respect to abortion.

“I can’t get away from these b***** Youth Defencers,” said Bertie as the young Aussies, waved placards saying 'Bertie, give the Irish people a pro-life referendum.'

YD is ably represented in a debate in University College Cork, and is opposed by Donnacha Hardiman, the son of the just recently appointed Supreme Court Justice, Adrian Hardiman. Young Hardiman claims that the Constitution is a "blunt instrument" and that further amendments would not be satisfactory. When challenged, however, he is unable to explain how the YD wording, which is proposed as a clarifying subsection to the existing amendment, is flawed. The motion  - opposing abortion - is carried by a majority of over two to one. It is striking that this is the latest in a string of university debates lost by the pro-aborts in Irish colleges.

Grafton Street, Dublin hosted the Pro-Life Action Day. Celebrating the wonder and the gift of life was the theme in a colourful fiesta-styled event. Balloons and large and very beautiful photographs of unborn babies at the various stages of development from 6 through 35 weeks lined Dublin’s busiest thoroughfare on a sun drenched afternoon.

The whole approach worked really well, and the colourful and graphic display could not go unnoticed by the thousands of shoppers who passed down Grafton street that day.  We also conducted a random survey with several people who were passing by who said that they had been really impressed by the whole event. In fact, so happy were we with the success of the day that Pro-Life Action Days are now a regular event!

Referendum the focus of the roadshow

Roadshow 2000 brought members together from all over Ireland for two weeks, and we reached two or three towns with the pro-life message every day. In this year’s edition a special emphasis was put on the need to lobby local TD's in calling for a properly worded Pro-Life Referendum, and with this in mind, our street sessions were even more vital than usual.

Rome was the venue for our 3rd International Pro-Life Activists Conference. The crowd consisted of about 230 young people from America, Italy, Spain, Austria, Ireland, England, Canada, Scotland, and Australia.

Speakers from Spain spoke of the appalling abortion statistics in a country which once had a strong catholic tradition. Speakers from the US and Canada shared their experiences. Representing YD Australia was Ben Smith, with the good news that they are leading the charge with street stalls, University Youth Defence branches, Little Feet days, vigils at clinics, education days and talks. Johannes Maria Schwarz was the excellent Austrian speaker from Jugend fur das Leben (Youth for Life), who were very well represented at the conference.

Representing Precious Life in Northern Ireland, Bernie Smith gave us a moving account of how she got involved in the pro-life cause. YD International was officially launched at the conference, putting on a formal level the co-operation between the various national groups. 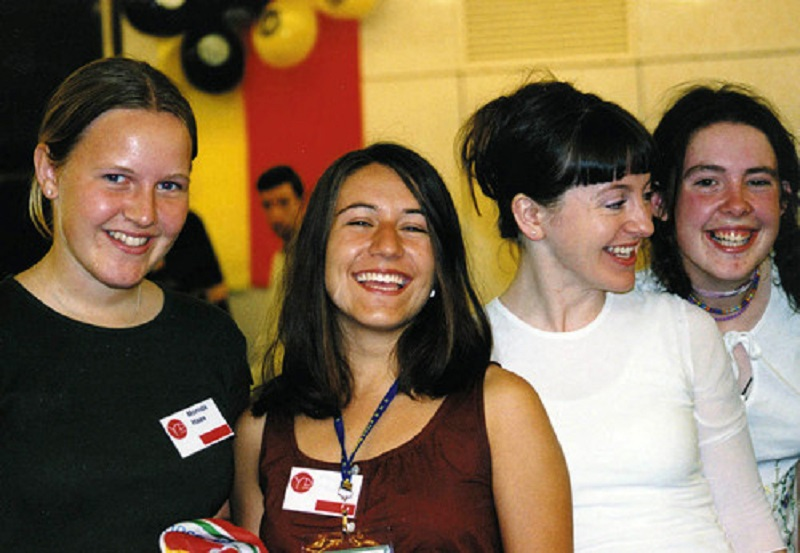 Unifying the Pro-Life Movement to lobby for a referendum

YD planned the most intensive and forceful lobbying of Irish politicians ever to have taken place in Ireland. The government had put together a Committee to look at the abortion issue and to recommend various means of dealing with the mess left by the misrule of the X case. However, in an interview with a Sunday paper, the Chairman of that Committee said that they had ruled out the option of a referendum – in other words consulting the people.

This required an urgent and unified response, and the whole country needed to get lobbying the committee immediately. In order to do this we established the Mother and Child Campaign - a new, broad-based pro-life initiative comprised of people who span the pro-life spectrum in Ireland. Our strongest weapon was the very real fact that 70% of the Irish people wanted a pro-life referendum.

Hundreds of thousands of obbying leaflets were distributed, designed not just to inform, but to encourage lobbying for a pro-life referendum and the results were spectacular. The office was inundated with calls from ordinary people telling of their anger at the situation and of their intention to lobby their TD's. YD members who in turn rang their own TD's, were met with little of the arrogance shown previously, but with almost panic-stricken reassurances of support for a pro-life referendum. It was a badly needed and very effective campaign which reached out to that 70% of Irish people who oppose abortion and wanted a pro-life referendum.

The campaign produced the desired result – the Committee backed down and included the option of a pro-life referendum in their report.

The IFPA and McDonalds?

What have MacDonald’s and the Irish Family Planning Association got in common?

The Supreme Court on Tuesday 17th October upheld an appeal by a YD activist against the injunction obtained by the IFPA in 1999.

The court also awarded costs to Maurice against the IFPA. Maurice celebrated his second court victory wildly. His first court victory was when he successfully sued MacDonald’s “restaurant” for discrimination when they fired him for having long hair. Personally, looking at their grub, I think they are guilty of far more serious stuff, and they were stitched up by the bro.

Precious Life's Basic Right Campaign was officially launched at a conference in Belfast on Saturday 25th November. Speakers included Johanna Thompson, a barrister working in the North of Ireland who shared her extensive knowledge and expertise of the law regarding the legal standing of the unborn child. Joan Appleton who travelled from Minnesota, USA, spoke passionately about how she came to recognise the humanity of the unborn child only after working as a nurse in an abortion clinic for five years.

The Basic Right Campaign was launched to inform the public about the new abortion threat from the Human Rights Commission who were drawing up a Bill of Rights for the North. The public were asked to send in a submission of what rights they would like to have included in the Bill. Precious Life designed and distributed 400,000 full colour glossy leaflet urging the public to write to the Human Rights Commission demanding that the rights of unborn children are protected. The cut-out reply slip on the back of the leaflet read . . . "I believe that unborn babies and their mothers should be protected from abortion. I want the new Bill of Rights to ensure that the human rights of every person in Northern Ireland, are fully and firmly protected in law, policy and practice."